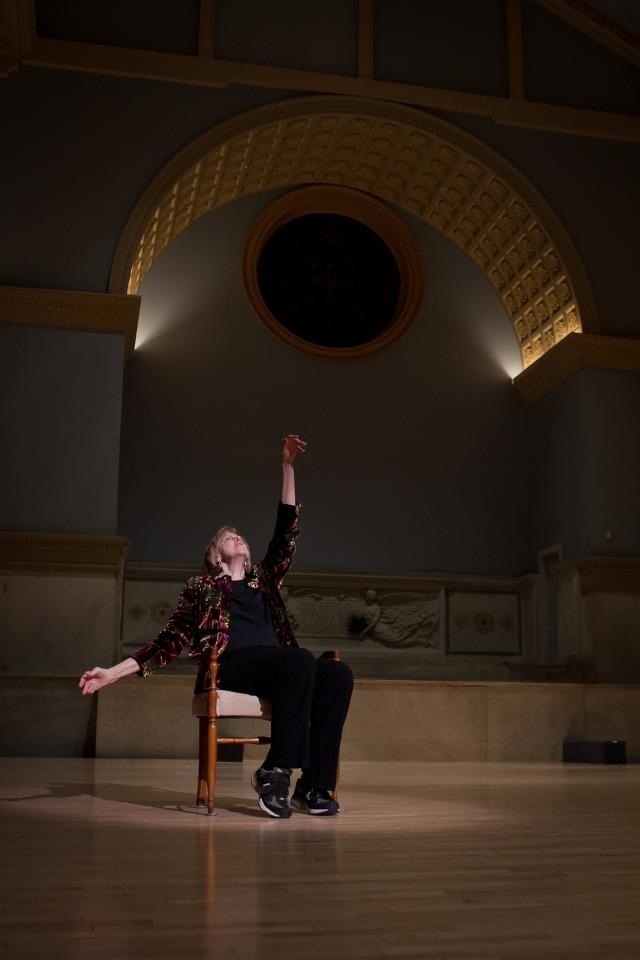 On February 15th I had the distinct honor to perform a piece called “The Dress” alongside the incredible Linda Tarnay (former chair of NYU’s Tisch Dance department for most of the time I was a student there) at Movement Research at Judson Church. If you want some mega-inspiration, do a search on the interwebs for Linda now.

Choreographer Naomi Goldberg Haas of Dances for a Variable Population was inspired by a story she’d heard Linda once tell, and sculpted a piece around a recording of Linda’s recount of it. It’s a tale of travel, romance, being an artist in New York, “magical thinking,” and one expensive bombshell dress, all set to a score by composer Jascha Narveson.

It was the second time I’ve performed at Judson, which was a big thrill. Every time I enter that space I feel the creative energy of the artists that innovated there in its heyday.

Anyway, the real reason I posted this is so that you could see this breathtaking photo by the venerable Samantha Siegel.